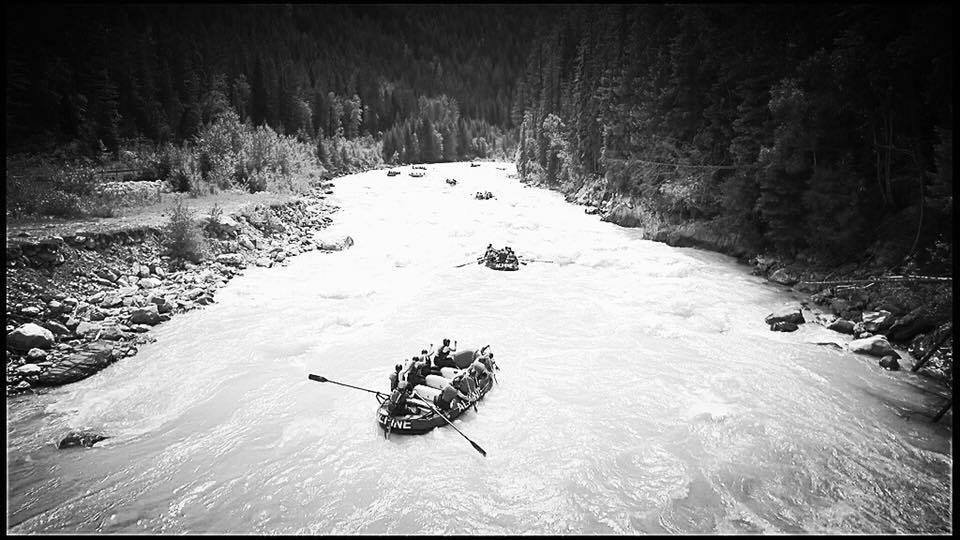 Since 1984, we’ve guided over 160,000 people down the Kicking Horse River. With this many years in operation comes experience. From our fleet of rafts to our selection of trips: we’ve spent the last 35 years honing the experience we provide.

How did we get to where we are? It hasn’t always been an easy go for us, but it’s been a fun ride. Jimmy’s first summer as Owner of Alpine was interesting. He broke his neck and after a long hospital stay wore a halo all summer. He recovered, and over the years Alpine grew slowly. In the late 90’s the internet came along, and Alpine Rafting was the first rafting company in the area to have a website, imagine that! We spent our first summers living in a school bus that we lovingly converted into a house. The crew was small but brought a lot of talent to the table.

Just over a decade ago, Jimmy decided to overhaul our fleet of grey rafts to a handful of candy red rafts. Yes, they really do look yummy! The bold red and white are an awesome contrast to the blues and greens of the river landscape and as such, their presence is commanding and unmistakable. As we expanded our fleet of red rafts every year, something never changed. It never got “old” for us. When another shiny raft arrives, it still feels like when the first one showed up. We are just as excited as the day we started. From our humble bus beginnings to rafting leaders in the west, we know what it takes to have fun. And why is that? Because that is what we are after ourselves.

1984 – In may of 1984, Alpine Rafting begins commercial operations on the Kicking Horse River

1989 – Helmets are now a requirement to raft the River

The latest local updates, river-riding recollections, and advice on how to come prepared for the experience of a lifetime.​

Read Article
Stay up to date